Beauty lies in the eyes of the beholder. but generally, when we speak about the beauty of a place, some categorize it with larger population or some with urban facilities, but more often it is associated with the scenic beauty.

Pakistan geographically and culturally has diverse features. This diversification makes this country unique. Pakistan is blessed with the beauty of the rich landscapes both in rural and urban sides with facilities and uniqueness of industrial areas.

We have shortlisted some beautiful cities of Pakistan as per their beautiful and amazing landscapes or their unique characteristics:

Islamabad is the major city as well as the capital of Pakistan. It is situated on the hills. It is one of the most beautiful cities of Pakistan as it is covered with beautiful green trees. It’s quite near to the foothills of Margalla which is known as the part of Himaliyan mountain range. It has a very pleasant weather as it is away from all industrial pollution. Being the capital of the country, it is designed well. The roads, buildings and the infrastructure of the city are highly well maintained.

As per the report of Pakistan News, Islamabad has ranked as the second most beautiful city in the world.

The most attractive features of the city are Margallah pass, Wah Gardens, Hassan Abdal and the Historic Faisal Mosque. 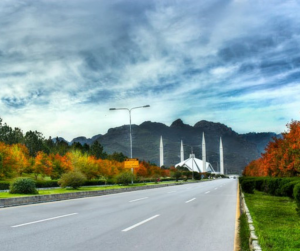 Abbottabad is located on the north of Pakistan. It has very pleasant weather whole year due to the non-industrial operations and the most beautiful forests. It is enveloped with lush greenery. It is a centre of attraction for the tourists because of its charming spots. It is a well developed and highly literate area. The military institutions established here enhance its worth.

Abbottabad has numerous tourists’ spots which are quite eye-catching. The most famous one is Hernoi River. Also Haripur, St. Luke’s Church, Pakistan Military Academy, Ilyasi Mosque and Jalababa Auditorium. 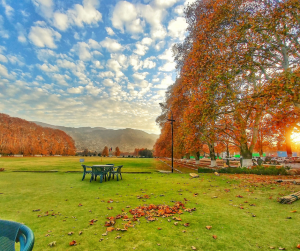 Mansehra city is a very beautiful city in the north of Pakistan. It is the main tourist attraction in Pakistan. It is situated on the green belt and the mountain where the green environment refreshes the sights and souls. The city has some places which have a rich historical background. Ashoka Rocks, a mountain in Mansehra is associated with the history of Mauryan king Ashoka, Sikh Forte, built in the early 19th century by a Sikh governor Man Singh. The City named “Mansehra”in the name of the owner of the Sikh Governor Man Singh. Mansehra Municipal Library which was once known as Gurdwara Siri Guru Singh Sabha, Kashmir Bazaar and Neelum Bazaar are famous spots here. 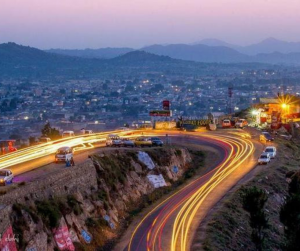 Muzaffarabad the city and the capital of Azad Kashmir Pakistan has a breathtaking beauty. It is located close to the Neelum River and Jhelum River. The city’s heaven like view made it known as “Paradise on Earth”. The charismatic water, between the mountains covered with green, presents a spectacular image.

Pir Chinassi, Neelum Valley & Jhelum Valley, Leepa Valley, Sharda Valley, The Forts, Ath’muqam, Shaheed Gali are the most astounding and stunning features of the city which make it prominent and one of the most beautiful cities of Pakistan. 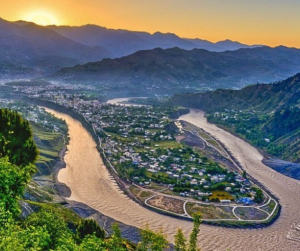 Rawalpindi is also one of the attractive cities of Pakistan situated in the northern region of Punjab.  Rawalpindi is known for its moderate climate, heavy rainfall, mountain ways and rich valleys followed by mountains and rivers. 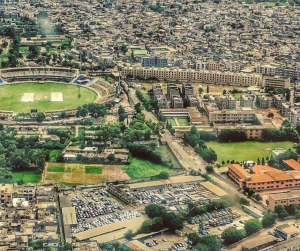 Lahore in comparison to the non-industrial cities is deprived of natural and scenic beauty but it is developed highly and designed beautifully as compared to other industrial cities. It has now become well maintained as well as a neat and clean city. It has remarkable historical Mughlia heritage which gives this city a prominence among the other cities of Pakistan. The historical monuments are worth admiring and beautiful. These are the reason that it is considered to be in the most beautiful cities of Pakistan and the centre point of the tourists’ attraction. Lahore Fort, Rohtas Fort, Faqir Khana Museum, Badshahi Mosque, Jehangir’s Tomb, Shalimar Gardens, Lahore Museum, Minar-i-Pakistan, Shrine of Data Ganj Bakhsh Hajveri, Zamzama, Prince Kamran Baradari Park, Chughtai Museum, Tomb of Nur Jahan, Mosque of Wazir Khan, Royal Baths, Samadhi of Maharaja Ranjit Singh, Lahore Zoo, Summit Minar, Gurdwara of Arjan Dev, Alhamra Art Gallery, Bagh-i-Jinnah, Begum Shah Mosque, Nairang Galleries, Race Course Park, Ejaz Galleries, Sunehri Masjid, Cathedral Church of the Resurrection, Qaddafi Stadium, Chitrkar Studio & Gallery, National Hockey Stadium, and Fortress Stadium are the amazing and tourist attractions of Lahore. 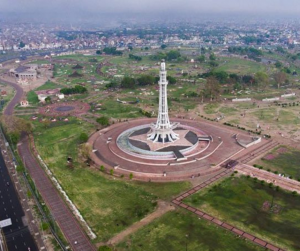 Multan is known as the land of Sufism. Due to its Sufi features and the Sufi culture, it gives a unique impression and creates a gracious Sufi aura which attracts others. The most attractive and well-known places which make this city one of the most fascinating ones are Mausoleum Of Sheikh Rukn-I-Alam, Qasim Bagh Fort, Mausoleum of Baha-ud-Din Zakaria, Shrine of Shams-ud-Din Sabzwari, Institute Of Blue Pottery Development, Mausoleum Of Sultan Ali Akbar, Eidgah Mosque, and Multan Cricket Stadium. 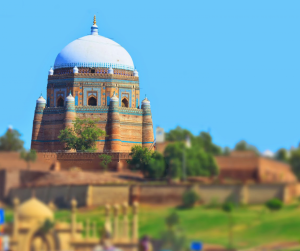 Gwadar is one of the emerging economies. It is the most attractive tourist spot. Being an economic centre point, the development process is going above expectation which is not only beautifying the city but increasing its worth rapidly.  Gwadar is deep seaport of Pakistan. It is situated at the front of the Persian Gulf, the Strait of Hormuz and holds pride to cover 2/3 world’s oil reserves. Gwadar carries stunning features and modernized beauty in itself. 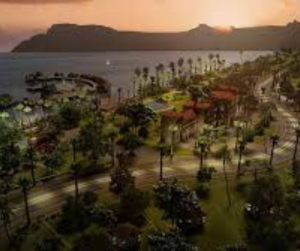 Quetta is one of the highest cities (altitude wise) of Pakistan and the capital city of Balochistan. It lies at the height of 1654 meters above sea level. Surrounded with the hard big rocks, Quetta presents a unique and a view full of gracious hills. Its scenic beauty is quite unique in its nature that can only be felt and not easy enough to describe. With rough routes, Quetta charms the adventure seekers at its peak. The weather here is generally cold. People fall in love with the snow falling here. 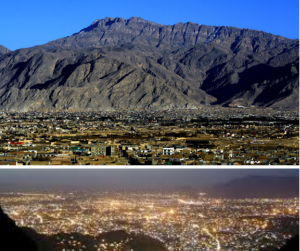 Karachi is considered to be the economical backbone of Pakistan as it is the main economic hub and a major economic booster. It sustains the country with major seaports. It is one of the biggest industrial cities of the world. It has a rich accommodating culutre with communities representing almost every ethnic group in Pakistan and this is the most beautiful feature of this city.  As carrying different nations, races and religions together with remarkable strength, it is blessed with perfect practices of multiculturalism which makes it quite secular and socially liberal. The colourful days and bright nights here still charm the people not only from all over the country but also from the entire world. The major attractions here are: 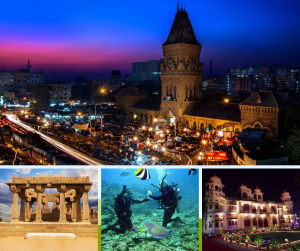 Sialkot is known as the City of Iqbal. There are some specific features that makes it into the list of the most  attractive cities of Pakistan. It is known for its sports and surgical instruments across the globe. It is almost 2 hours away from Lahore.

The birth place of Allama Iqbal known as Iqbal Manzil is one of the most fasinaing spots here. Later it was converted into a library and museum in 1977. In the museum, the object which were once used by Allama Iqbal are displayed. The tomb of Imam Ali ul Haq (a historical character), more than a hundred year old Clock Tower, Holy Trinity Cathedral Church, a massive hydro engineering project-the best fishing or outdoors adventure spot of Punjab, Teja Singh (200 years old temple), and the Sialkot international Airport are some of the most visited places here. 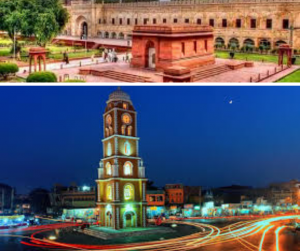 Pakistan is blessed with scenic and natural beauty with a wide range of valleys, rivers, streams, villages , mountains and industrial modifications. Every city has its own beauty, charm and uniquness. Each city contributes to the country with its individual features.