Deserts are considered as the most noticeably appealing natural landscapes all over the world. Their bleak attractiveness is everlasting, and life here depends on the kindness of the elements. They are harsh places but still, a lot of people love discovering them. There are a lot of deserts in the world and a few of the well-known are in Pakistan. These deserts are actually astonishing and beautiful that increases the overall loveliness of Pakistan. Deserts don’t receive too much rainfall and have huge tracts of infertile wastelands, with the structure of sand dunes rising up to 150 m above the level of the ground. They also facilitate wildlife including desert gazelles, bustards, jackals, foxes, wild cats, lizards, snakes, etc.

In this article, we have mentioned the top five deserts of Pakistan that are renowned all over the world. 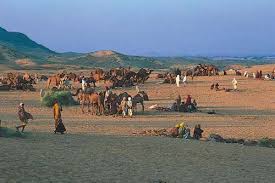 Thar is the biggest desert in Pakistan. It covers an area of around 175,000 sq meters in which some parts are from Pakistan parts and some from India. This desert is considered as the 17th largest desert in the world. India covers the major portion of this desert which is 85%. The states of India that are included in this desert are Rajasthan, Gujarat, Punjab, and Haryana, whereas Pakistan covers 15 % of this desert in the regions of Sindh and Punjab. This desert has around 25 species of snakes and lizards in it. It is the most thickly occupied desert all over the world with a population of around 83 people for every km.

The Thar area has hot desert weather. The months of April, May, and June are considered as the hottest in the daytime with standard temperature in between 41 centigrade to 24 centigrade respectively whereas December, January and February are reasonably coldest months with average temperatures in the range of 28 centigrade to 9 centigrade respectively. The season of rainfall varies from time to time mostly expected in the summer season. Saltwater lakes are also inside these deserts. These lakes get rainwater in the monsoon period and fade away during the dry season. 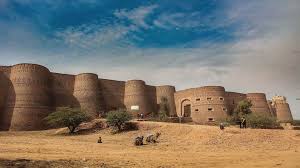 Cholistan desert is also well-known as “Rohi”. It covers an area of around 16,000 km2 and connects with the Thar Desert. “Cholistan” is acquired from a Turkish word called Chol which means deserts. This is a very famous desert in Pakistan because a massive motorsport activity which is called as annual jeep rally is hosted each year in this desert. This is one of the greatest events in any desert of Pakistan. The locals of this area move from place to place to find water and food and the wildlife of this place consists of traveling birds.

This desert depends mostly on their domestic animals including sheep, goats, and camel. Though, in wintertime, they employ themselves in a range of arts and crafts activities like textiles, weaving, leatherwork, and pottery. The Cholistan produces an excellent variety of carpet wool from which they make stunning carpets and other woolen stuff. The local people of Cholistan make nice pottery. The houses are covered with the mud that gives a confirmation of the robustness of this earth. 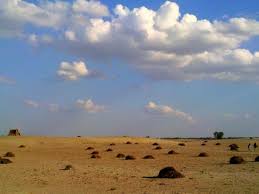 The Thal desert is positioned in Punjab, Pakistan. It is considered as the third biggest desert in Pakistan.  It is a huge desert which covers an area of around 20,000 square km, having a maximum distance of 190 miles from north to south. Salt ranges are on the north side of Thal desert whereas Indus River is on the westside and Jhelum and Chenab are on the east side.

There are a lot of tows with different tribes in this region. Some of the key towns in this desert are Mankera, Rang pur, Piplan, Mari Shah Sakhira, Koat Aazam, and Jiasel, etc. Different communities speak their specific local language in this region but Punjabi and Urdu are more regularly in use. The locals of this area mostly speak ‘Saraiki’.They depend mostly on cattle rearing for a living. 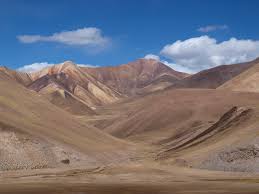 The Indus valley desert is in the northwestern Punjab province. It covers an area of around 19,501 sq km.  The temperature here is too cold in winter and too hot in the summer season. It is in the middle of two main rivers of the region Indus and Chenab. The plant life of this desert is wide-ranging due to the variety of temperature changes. This desert is considered as the home of 5 huge mammals: Indian wolf, Indian leopard, hyena, caracal, and urial. Ruthless climates of the Indus Valley Desert make it very hard to farm or live in this area. It is the second most unfriendly eco area in the Indo-Pacific region.

The Kharan desert is in Balochistan, Pakistan. It is considered as the sandiest desert all over Pakistan. The height of this desert is around 100m in the north side and 250m in the south. A very renowned dry lake of Balochistan is also in this desert called Hamun-i-Mashkel. The water of Kharan basin is totally preserved for agriculture and household purposes and thus it’s called as ‘closed basin’. Rainfall is extremely limited in this desert leaving it with infertile areas and dried out lakes.

This region is enclosed with the sandy mountains. Local people of this desert rely mainly on creating and selling the handmade carpets for a living. It is not favorable for agriculture because of the irrigation system is low. This place is almost drying, grey-brown in color and extremely warm. It is well known for its unexpected sandstorms and for its optical illusion that is really steady.