Pakistan comes under the list of one of those countries that are blessed in a variety of areas. Apart from the absolute natural attractiveness that Pakistan has, the country is also rich in tradition and customs. The range that this country has in the form of diverse tourist places, history, religion, and culture is exceptional. One feature of this diversity can be easily viewed through a huge number of Sufi shrines in all the cities of this country. The tombs of these Sufis played a key role to spread Islam all over the world and are extremely respected in the region. Their shrines draw attention towards hundreds and thousands of followers who pay tribute to their birth and death anniversaries yearly.

In this article, we have mentioned a list of historical tombs in Pakistan that will fascinate the attention of all those people who take an interest in the life of Sufis. 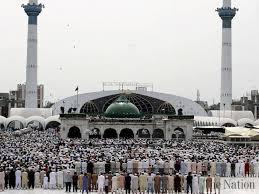 The tomb of Data Darbar is in Lahore. It is one of the well-known tombs in Pakistan which was built by the Mughal King. This is the biggest tomb of any Sufi in entire South Asia. It is basically the mausoleum of Hazrat Ali Hajveri (R.A) but it is renowned with the name of Data Darbar. He was a famous Sufi Saint born in Persia a thousand years ago. The tomb is open 24 hours a day and it receives around 60,000 visitors in a single day. A massive number of people gather on his death anniversary every year. This festival is very prominent between the foreign and local visitors and is celebrated as a cultural event where Fakirs dancers and holy music are performed. It is a nice place to visit in Lahore which offers shelters and foods to numerous people on a regular basis. 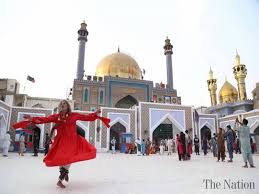 Lal Shahbaz Qalandar was a Sufi poet. His tomb is in Sehwan which is around 150 km from Hyderabad. His shrine was built in the year 1356 which was adorned with Sindhi ‘Kashi-tiles’, mirror-work and a gold-plated door that was given by Reza Shah Pahlavi. The inner workroom is almost 100 sq yards with a silver-canopied momentous in the center. On one end of the floor is a row of about 12-inch high breakdown wooden stands, on which there are copies of Quran for people to study while the further side, next to a bundle of incense, are rows of oil-lamps illuminated by followers. Every year, a lot of people come to his tomb on the death anniversary to take part in different activities and shows the devotion of his services to this world. 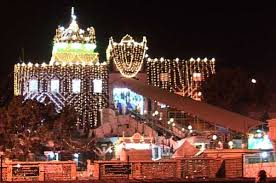 The Tomb of Abdullah Shah Ghazi is in Clifton, Karachi, Pakistan. It is built on a very elevated platform with the grave below the stairs. The tomb has a high and square hall and a green-and-white striped dome, adorned with Sindhi tile-work flags and streamer. He was born in a beautiful city of Saudi Arabia called Madina in 720 and he came to Sindh as an Arab merchant. He is a famous Sufi who is well known all over the world. The memorial was built, prolonged and beautified in the mid of 1960s as it had begun to magnetize devotional notice. People from all over the world come here on his death anniversary in December. The festival is normally held for around three days which is equally celebrated by Muslims as well as non-Muslims.  A lot of his followers are from the local community who regularly visit his tomb and for them, it is a place where blessings of the god take place. 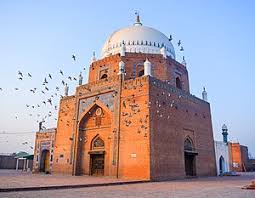 Hazrat Bahauddin Zakariya was born at Kot Kehror. It is a small village of Layyah District near Multan, Punjab. He was the top Sufi saint of his time and belongs to a well-known Suhrawardi silsila arisen in Baghdad. He was a fellow of three famous saints. All these great saints had a close friendship with each other. His tomb was built in 1268. It covers an area of around 15.77 sq meters. The memorial is a square-shaped mausoleum with an octagon above the square. The octagon almost encloses half the area of the square. People from different parts of the world visit his tomb each year. The annual festival takes place in December, where a massive number of people from different religions participate in the religious ceremony. He was a renowned Sufi having a huge of followers in Multan. His major followers are from the nearby areas who normally visit his tomb once in a weak to show their devotion towards him. 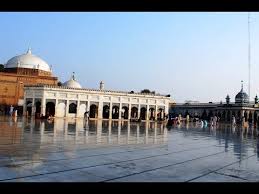 Baba Farid shah ganj was a Sufi preacher born in 1280. He was one of the leading poet and saint of Punjabi language. After he got his early religious training at the age of 7, his mother guided him to go to Multan for advanced education. He came to Multan and started living in a mosque where he learns the Holy Quran and studied Hadith, Fiqh, and Philosophy under the supervision of Maulana Minhajuddin. He is quite memorable to Muslims, Hindus, and Sikhs all over the world. His tomb is a large and appropriately built structure, which was built under the management of Khwaja Nizamuddin Auliya. The whole structure is built off sandstone now even though in past it was comprised of bricks along with marble. His death anniversary is in the month of Muharram on which a huge number of followers visit his shrine each year in order to accomplish inner peace.