A mosque is basically a praying area for Muslims. They are easily available in any part of the world so that Muslims can offer prayers. In Pakistan, you can see a lot of beautiful and famous mosques that are really ideal for their structure, architectural, and history.

In this article, we have listed the top 10 Mosques that are famous all over Pakistan.

The Mahabat Khan Mosque is situated in Peshawar, Pakistan. This mosque was established in the year 1630. It covers an area of around 30,155 sq feet. It is under the name of the Mughal governor of Peshawar Nawab Mahabat Khan. The praying area of this mosque consists of two tall minarets and the prayer hall is covered under three low fluted domes. The walls of this beautiful mosque are colorfully painted with flowers and geometric drawings. It is a massive mosque in this city where a lot of people can pray at a time. 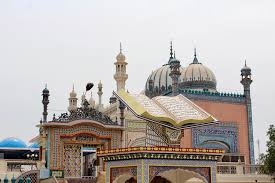 Bhong Masjid is positioned in the village of Bhong, Rahim Yar Khan District, Southern Punjab Pakistan. This mosque was built over a time period of 50 years. It is around 200 km away from Bahawalpur. The material used to build this gorgeous mosque include conventional teak, ivory, marble, colored glass, onyx, glazed tilework, fresco, mirror work, gilded tracery, ceramic, calligraphic work and inlay, and the craftsmen were called from different parts of the world including Lahore, Iran, Spain, and Turkey. This mosque is renowned for its beautiful design and architectural attractiveness with gold leaves imprinted for the complex decorative patterns. 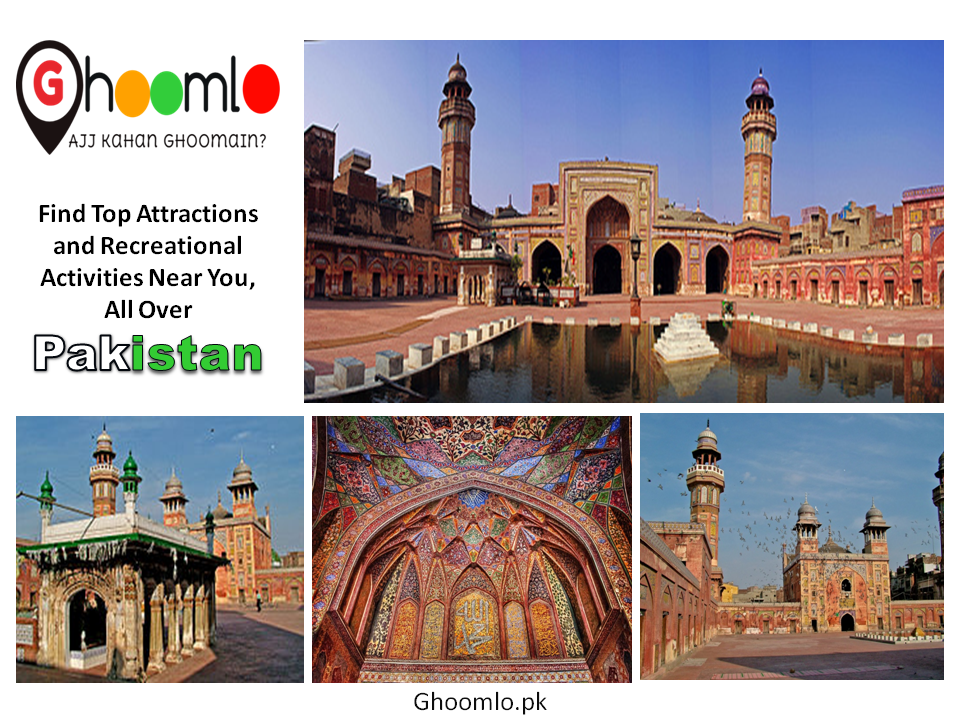 This stunning mosque is to be found in Lahore, Pakistan. The construction of this mosque takes place at the time of Mughal Emperor Shah Jehan. It is well-known for its fancy tile work. The most distinguished quality of this Mosque is its Minarets at all the 4 corners. It was the only mosque in Lahore with such a design. The mosque is valued because of implausible Qashani tile work which was an area of expertise of the Mughal era. The tomb of popular saint Syed Muhammad Ishaq is also in the courtyards of the mosque. 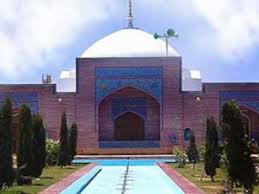 Shah Jahan Mosque is situated in Thatta, Sindh. It was built in the year 1847. This mosque is around 100 km away from Karachi. It is on the name of Mughal King Shah Jahan. The mosque contains a total of 93 domes that are interconnected with each other. The interior of the Shah Jahan Mosque is very stunning. It has blue and white tiles which represent the Timurid style. The prayer hall of this mosque is placed on the west side of its mid courtyard. The shape of the courtyard is rectangular and is enclosed by aisled galleries. 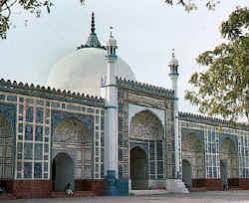 This magnificent mosque is positioned on the Multan-Lahore highway in the Northeast of the Multan city. It was constructed by Nawab Abdul Samad Khan in 1735 AD. The prayer hall of this mosque is around 250 feet by 54 feet with seven domes. It is a very large mosque with an enormous courtyard. The colorful mosaics are adorned on the interior whereas glazed blue tiles are present at its exterior. It is one of the prominent mosques in this area where a huge number of people can pray easily. 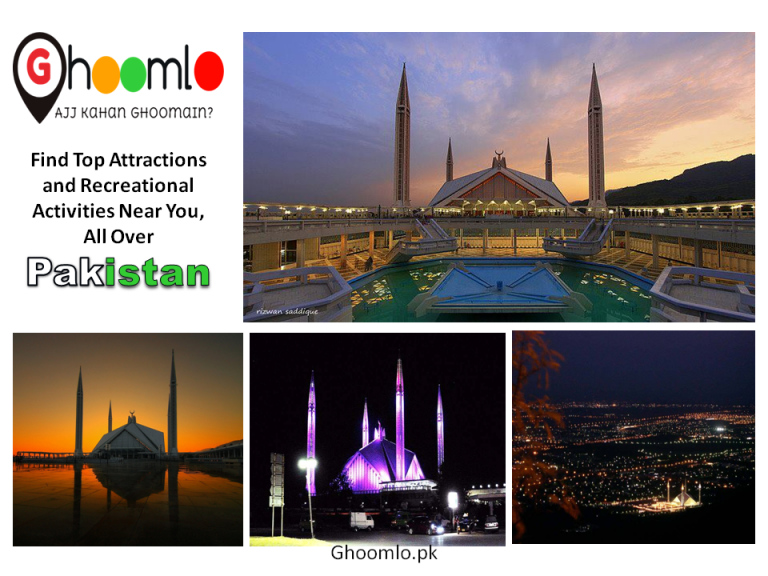 Faisal mosque is in Islamabad, Pakistan. It covers an area of around 54000 sq ft. This is the biggest mosque in South Asia that was intended by Turkish designer Vedat Dalokay in 1986. This mosque is on the name of the late King Faisal bin Abdul-Aziz of Saudi Arabia. It has the space of around 100000 people at a time from which 10,000 people can pray at its main hall, 40,000 in its balcony, and 50,000 in its courtyard. It is one of the key tourist places in Islamabad and is referred to as the significant attribute of Islamic architecture. 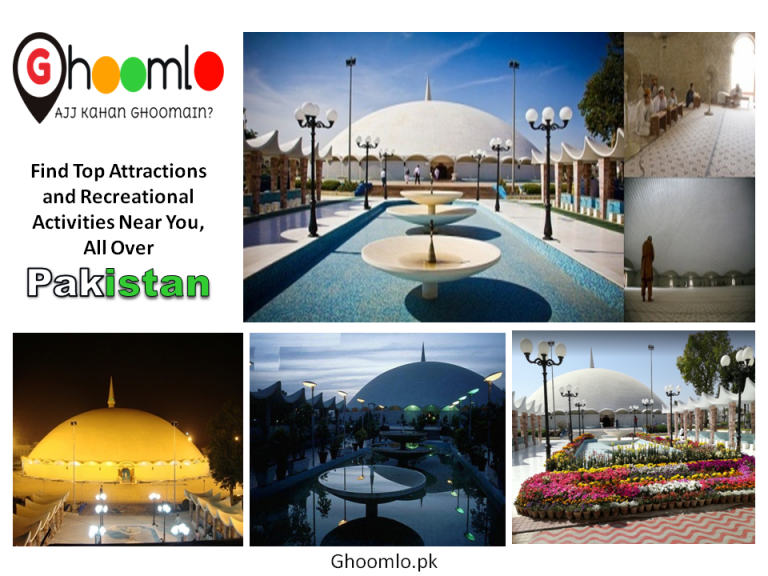 Masjid-e-Tooba is in Karachi Pakistan. It is the 18th biggest mosque all over the world which was built in 1962. The designer of this mosque is Dr. Babar Hamid Chauhan from Pakistan and the engineer is Zaheer Haider Naqvi. It is intended with pure white marble.  This mosque has the biggest single dome which is around 72m in diameter that is balanced on a wall without a pillar in the middle. This mosque is having a space of around 5,000 people and can have room for up to 30,000 people with the terrace and lawn. 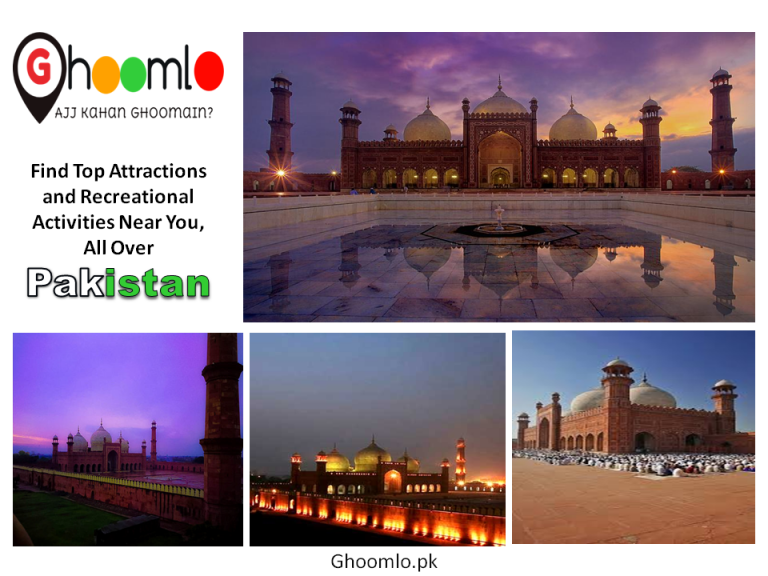 Badshahi mosque was built by Badshah Aurangzeb in the year 1673. It is considered as the fifth biggest mosque in Asia. The mosque has the space of around 100000 people to pray at a time from which 5000 can pray at the hall and 95000 can pray in the courtyard. The mosque consists of three marble domes in which the biggest one is positioned in the middle of the mosque that is bounded by two smaller domes. It is the landmark of Lahore city and the most stunning place to visit by the tourists. 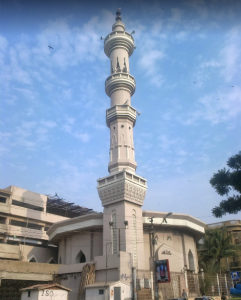 The Jama Masjid Salih Sadar is in Karachi, Pakistan. This mosque is one of the oldest mosques in this city. The construction of this building is done with the red bricks and the blue colored shiny finish tiles which were specifically imported from the town of Hala, Sindh. The domes are interconnected with each other and the voices can be easily heard among all the domes. This is one of the prominent mosques in this area. 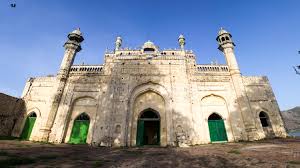 Majid Rajgan is in Haripur, Khyber Pakhtunkhwa. This mosque is almost 139 years old.  It is a large mosque with a massive courtyard. The prayer chamber of this mosque is around 250 feet by 54 feet and has seven domes. The mosque is decorated with a colorful design from inside and with glassy blue tiles from the outside of the building.