Unluckily tourism in Pakistan was declined since few decades and only 2% of this industry has been explored so far.

Due to its diversified features, it has now become a rising tourism industry in the world. Its amazing key factors that make Pakistan’s tourism remarkable are:

According to the WTTC Pakistan was ranked 47 out of 200 countries of the world in Tourism. As per the records from PTDC, above 2000 tourists visit Naran weekly and more than 20000 on weekends.

Pakistan is known as a center of attraction for tourists for its world’s heritage sites, most prominently Moenjodaro and Makli, Sindh, Takht-i-Bahi and Sahr-i-Bahlol  KPK, Rohtas Fort, Taxila and Harappa Punjab.

Living in a modern facilitated world where everything is just one click away, these places take us back to the age of the ancient human civilization where they had no defined means of communication, their prime source for food was hunting and how eventually they moved toward agriculture with ancient agricultural tools and how it was struggling for them to survive in those tough circumstances but still how well they were organized. 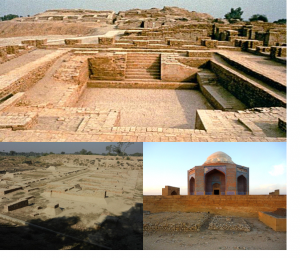 Apart from the monuments of ancient civilization, here we have plenty of mesmerizing places where once we are stepped; we actually step into our Mughal history. The objects really speak about the times. Pakistan invites a number of tourists with its charming Mughlia mangroves especially in Lahore as it was once a capital of Mughal Empire. The most prominent of Mughal constructions are Ali Hajvery’s Tomb, Wazir Khan Hammam, Badshahi Mosque, Jehangir’s Tomb, shalamar bagh, Lahore forte and more. 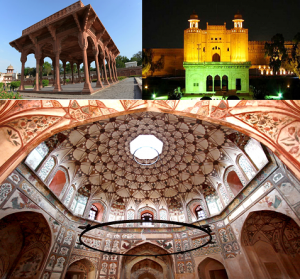 The Silk Road is an ancient route for the trade which stretched across the Orient, connecting the treasuries of the Roman Empire to the Imperial Dynasty of China. Korakaram highway, connecting Gilgit–Baltistan  to the ancient Silk Road, from Kashgar, in the Xinjiang China, to Abbottabad Pakistan.

This route was a passageway for the three famous religions Islam, Buddhism and Curry to the three directions, east, north and west.

A long routed korakaram highway is a dream full of charm for motorbike adventurers as well. 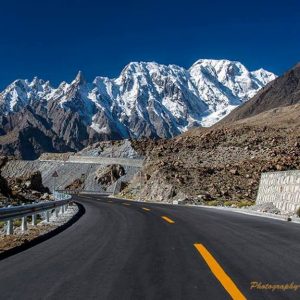 If you are fond of adventures, Pakistan is a perfect destination to practice your challenges. Pakistan is famous for its mountain range. Here you can find many conquered and unconquered peaks. It is the homeland of 108 peaks, above 7,000 meters. K2 is the second-highest mountain in the world. If you want to trek, you are at the best to choose Pakistan. 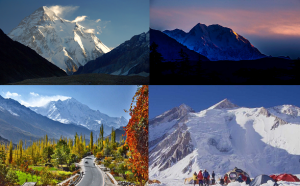 As Pakistan has different cultural dimensions, the landscape of Pakistan ranges from high mountains in the northern areas, to the rich lands of the Punjab, follows bleak deserts of Balochistan and then Sindh with fascinating beaches, also indicate the different geographical dimensions which appeal the backpackers to travel here. 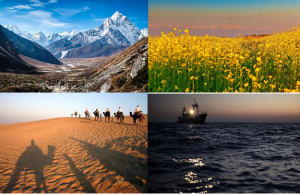 Pakistan is a motherland of many small and large cultures, languages, castes, and religions. It embraces all nations without discriminating like a mother. It is ethnically diversified. It is a land of wonders and colors from places to people, from objects to living standards.

The weddings and festival vary from culture to culture and religion to religion and are super amazing. 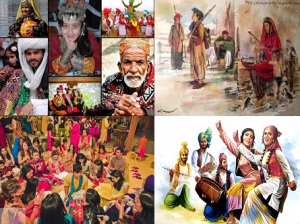 The country is blessed with the skilled workers; especially the craftsmen pieces of work are astonishing. These artistic skills are passed on from generations to generations. In-house females are producing worth watching handicrafts. This country is abundant with the creative and artistic workforce. 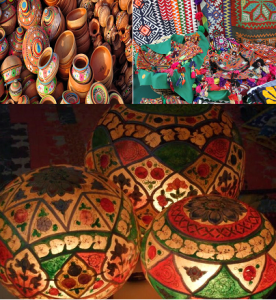 Traditional foods in Pakistan are simply awesome and delicious. They are rich in flavors which include almost all the herbs and spices. Each food contains a unique recipe. All four parts of the country have different cultures and so as different foods, however, all parts share some popular dishes in common in the whole country for e.g Sindhi Biryani, Karahai, Sajji, Kabuli Plao, Karhi, Sattu, Tikka, Chana Chaat, Aloo Qeema, Haleem, etc. 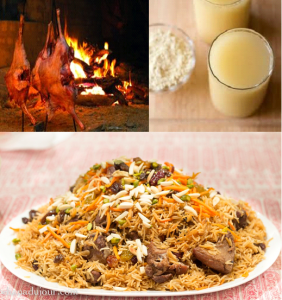 Pakistan is one of the cheapest countries in the world. It is quite at your hand to manage to visit Pakistan within a limited budget. There are many facility options for food, accommodation, transport and else. 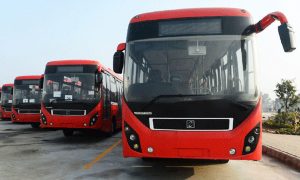 These traits of the country make it unique to get convinced for traveling. Every minute from your adventure to fun, you will fall in love with it.