Travelling in Pakistan was once assumed as the most threatening due to the frequent terrorist attacks a few years back. Pakistan has not only strategically dealt with those non-state culprits but also uplifted the positive image of Pakistan to the entire world. Being determined in clarifying and beautifying Pakistan’s muddy image, Pakistan has started working to promote its tourism sector. The efforts have greatly influenced the global community that they discovered the land of surprises and eventually ranked it among the best countries for tourism.There are many factors which contribute in considering why Pakistan is the best country for tourism. Some of them are discussed below:

One of the Top Adventure Spot

After the report, the top travellers are recommending to visit Pakistan and choosing it for trips. It has multiple adventure spots which include the famous mountain ranges, rivers, undiscovered lakes and deserts which are the ultimate attraction to the adventurers.

Talking to Gulf News, describing the experience about the tour’s adventure in  Pakistan, Samuel Joynson said;

“The view from the Hon Pass was indeed the greatest natural sight that either of us has ever seen, and we would recommend it to anyone with a keen interest in mountaineering.”

The land has the gracious sight of the Himalaya and Hindukush mountain ranges. There are numerous mountains and peaks. The famous ones are K2, the 2nd largest peak in the world,  Nanga Parbat, Gasherbrum, Broad Peak, Baltoro Muztagh, Distaghil Sar, Kunyang Chhish, Masherbrum, Batura, Kanjut Sar, Rakaposhi, Salt, and many other. These enchanting mountains greatly fascinate the hikers in the world and contribute in making this country the best one. 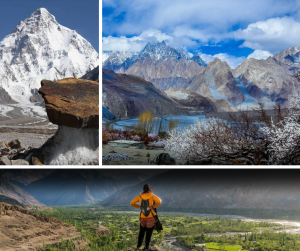 Natural scenic beauty is what Pakistan has in abundance. It has the rich valleys covered with mountains and the green meadows in the surrounding. Crystal blue water between the mountains within the green valleys presents breath taking views. The unique species here enchant the visitors and romantically grab the souls. Mother nature makes Pakistan the best country for traveling.

The most stunning beauties are Sawat, Naran and Kaghan, Neelum, Chitral, Hunza and many other more. As Samuel says on his travel about Hunza Valley:

“Head north to the astonishing peaks of the Karakoram along the unforgettable Karakoram Highway. It is beautiful, exciting and culturally interesting, and travellers are rewarded at the journey’s end-point with perhaps the most beautiful natural sight on earth, the Hunza Valley.” 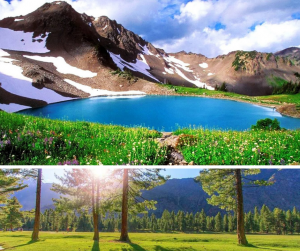 Despite the fact that Pakistan had been deprived of being explored due to its socio-political mess, it’s been ranked 47th  out of 200 countries of the world in Tourism as per records from the WTTC (World Travel & Tour Council). Due to its unbelievably picturesque landscapes, its mountain setting its waters and greenery, it is a focal point of the tourists.

The famous tourist spots here are being frequently visited and as per the records, more than 2000 tourists visit only in Naran weekly.

Ranking Factors in the world

Pakistan holds some of top rankings across the globe for different factors and features. Some of them are:

Salt Mine: Pakistan is the only country which has the world’s largest salt mine. The salt mine of Khewra reserves 300 million tons of salt. The reserves are high enough that they could not be consumed even in 600 years.

Largest Army: Pakistan has the 5th largest army in the world.

Milk Production: Paistan is known to be the 5th largest milk producer across the globe.

Rice Production. Not only the wheat but also it is the 12th  largest rice producer globally.

Pakistan is a pominant country in the world rankings as described above and deserve to have a tour plan to explore the world’s hidden gems. 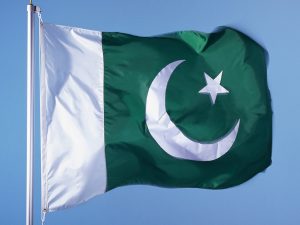 Pakistan is not only diversified by landscapes but also colourful and the most appealing country by its ethnic diversification. People from many different casts, languages and skins dwell here. This country is generous in nature that all these different inhabitants live in one land and accommodate each other wholeheartedly. 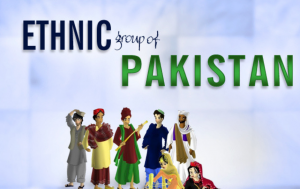 As the country embraces many different casts and religions holding different cultures and languages, it presents a perfect example of the multiculturalism. People not only accommodate with each other, but they also make special bonds like marriages. People are secular in nature as they not only respect each others’ religious ideology but also take part in the religious ceremonies. 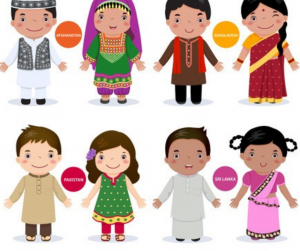 Hospitality is in the roots of this land. The people here in Pakistan are the most hospitable and they welcome thire guests overwhelmingly. The foreigners are treated well enough that the general perception against Pakistan got entirely changed.

“Pakistan is one of the friendliest countries on earth. So, prepare to be invited into people’s homes, take more selfies than you can count, and have every preconception that you ever held about this area of the world changed forever,” 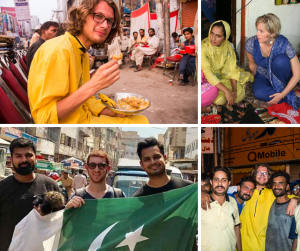 Pakistan is also famous to hold ancient heritage which is one of the major attractions here for tourism. The most known are Moenjodaro and Makli, Takht-i-Bahi ,Sahr-i-Bahlol, Rohtas Fort, Taxila and Harappa. These ancient objects show the living standards of the people who were once natives here and were highly developed. 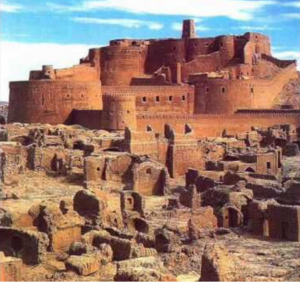 More than 200 years back, one of the biggest empires of the world “Mughal empire” was ruling over this land and their heritage still mesmerizes us taking us back to the same old days where one can visualize the Mughlia lifestyle. Apart from the Mughal heritage, the remains of British colonies are still found in Lahore and Sindh. 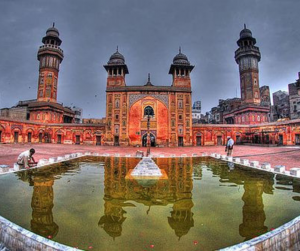 Pakistan has rich landscapes. It has the mountains on one side and green lands, then sea and deserts on the other. These landscapes attract the bag packers to travel in Pakistan. These different landscapes are the best part of the country that it is considered the best country for tourism. 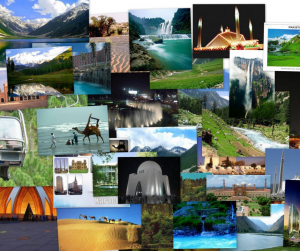 These are only a few characteristics which make it a wonderful and the best destination to have a tour plan here. Many more factors are left to describe. We recommend and invite you to discover the land of beauty Pakistan. Share your exciting experience with us.